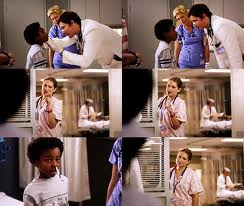 Addictions to opioid painkillers, such as morphine and Percocet (Jackie's main drug), do get worse over time, says Jim Adams, associate professor of pharmacology at USC. As the addict builds up tolerance, he or she must take larger doses to get the same euphoria, or "brain reward," a process involving the neurotransmitter dopamine. The brain's own opioids — endorphins and enkephalins — shut down, making the addict more dependent on a drug-delivered "fix." Addicts frequently combine their opioids with other drugs and with alcohol, says Dr. Ben Honigman, chair of emergency medicine at the University of Colorado School of Medicine in Aurora.

Foreign objects wedged in the nose can cause significant bleeding, infections, pain and possibly penetrate the maxillary sinus, Honigman says. If the hard object goes far enough, it can pass through the base of the skull and into the lower brain compartments, producing neurological deficits. Young children commonly stick beads, beans, erasers, even batteries up their noses and then are embarrassed to tell their parents, adds Dr. MarkMorocco, assistant professor of emergency medicine at UCLA's David Geffen School of Medicine. The leak of caustic chemicals from batteries can cause significant inflammation.

People who are trapped under something very heavy for more than a few minutes can become victims of "crush syndrome," in which muscle cells are squeezed hard enough to cut off their blood supply, Morocco says. Muscle enzymes, electrolytes and acid are released into the blood, leading to kidney failure, heart arrhythmias and possibly death. The direct pressure of the books may also damage the heart and lungs and lead to significant bleeding, Honigman adds. Aggressive treatment with intravenous fluids and dialysis in an intensive care unit may sometimes save these gravely ill patients.

Siegel is an associate professor of medicine and medical director of Doctor Radio at New York UniversityLangone Medical Center.
Full article at  http://www.wsbt.com/health/la-he-unreal-nurse-jackie-20110411,0,4829002.column

Posted by Calling All Saints - Nurse Jackie Fancast at 5:21 PM