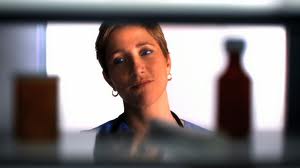 After riding high in the ratings for its first two seasons, Showtime’s black medical comedy came back down to earth with this week’s Season 3 premiere, down sharply from last year’s equivalent show.
Jackie scored a mere 0.2 18-49 share and 611,000 total viewers – whereas last year the show managed a 0.6 youth rating. So what happened? Did Showtime not promote the series enough? Were viewers frustrated by the season 2 cliff-hanger? My theory – Jackie’s double life has gone on a tad too long now and its time for husband Kevin to find out about Jackie’s affair with Eddie… Let the fireworks begin!
"Remote Patrolled" rating roundup for April 2
Posted by Calling All Saints - Nurse Jackie Fancast at 11:15 AM